‘Ōhi‘a lehua is endemic to the six largest islands of Hawai’i and is the most common native Hawaiian tree, comprising 80% of Hawaii’s native forests. It is a member of the Myrtaceae family. It is the dominant tree above 1,300 ft. ‘Ōhi‘a lehua is a very slow growing tree, which grows from 20 to 25 m (66 to 82 ft) tall in favorable conditions. It is a colonizer of recent lava flows. Its flowers are a mass of stamens and range from fiery red to yellow. ‘Ōhi‘a lehua wood was traditionally used for kapa beaters, poi boards, and weapons, while its leaves were used as a medicinal tea. Its flowers and young growth were used for lei and hula altar adornment. Leaves of this tree sustained populations of native birds, such as the apapane and the mamo, whose vibrant feathers were used in traditional Hawaiian clothing and ceremonial adornments. Today, ‘ōhi‘a lehua blossoms continue to be used in cultural ceremonies and practices, such as lei and hula, though many hula practitioners have begun forgoing the use of ōhi‘a lehua to prevent the spread of ROD and protect this culturally significant tree species. Adapted to the variable and sometimes harsh weather conditions of the Hawaiian islands, ōhi‘a lehua play a key role in watershed protection and water conservation by retaining water following storm events and preventing subsequent erosion and flooding.

Common in moist and dry forests 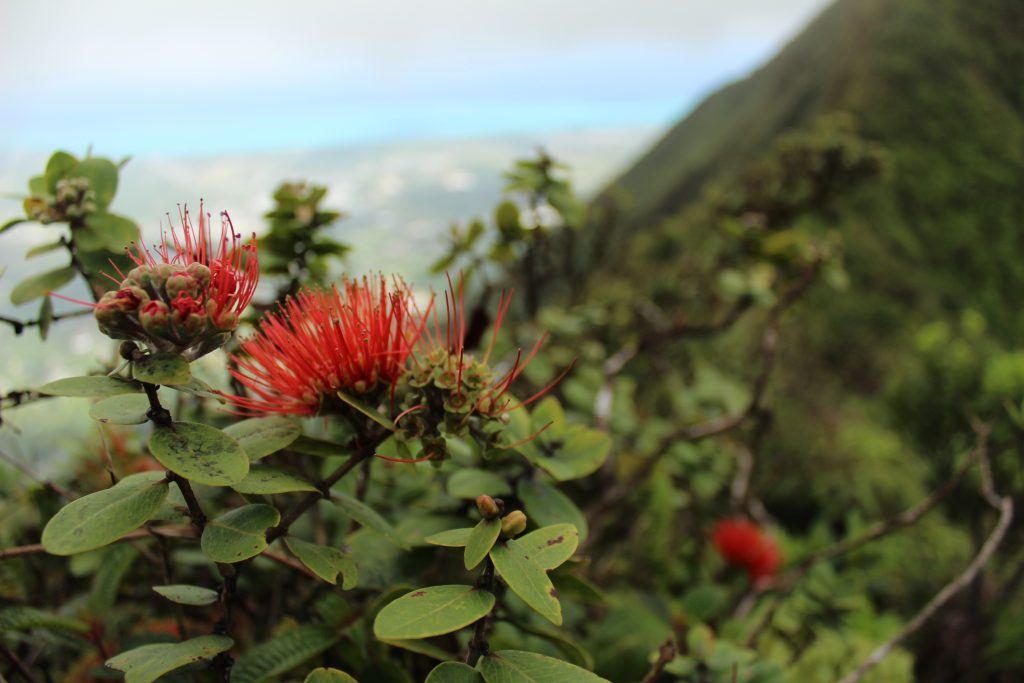 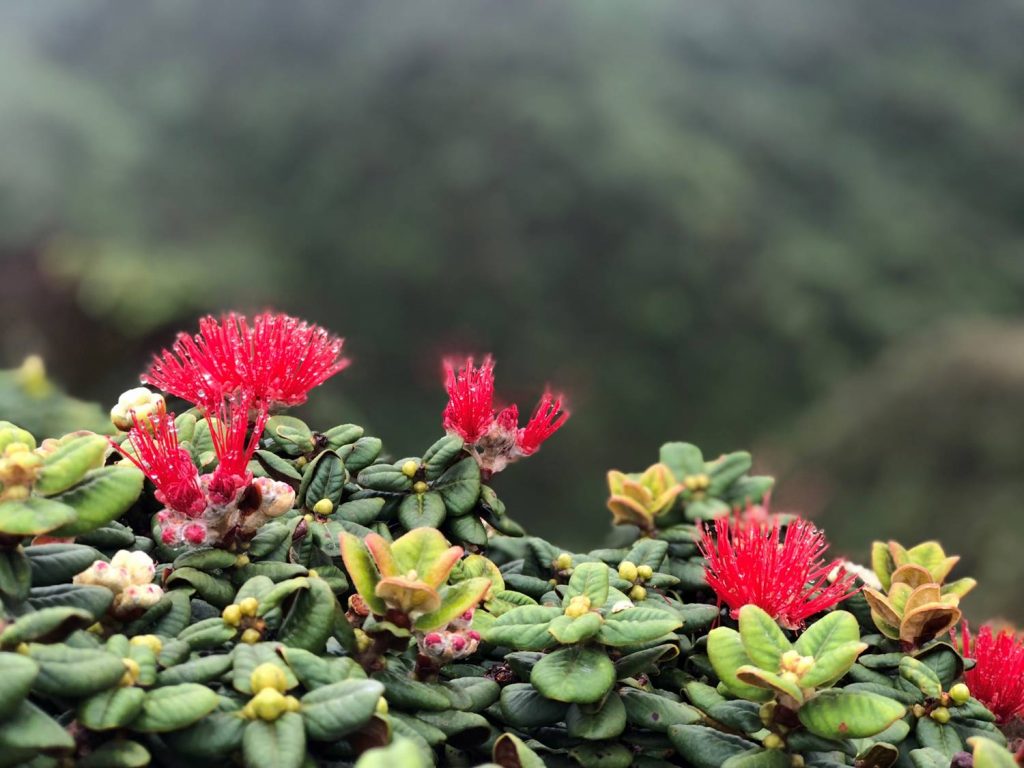 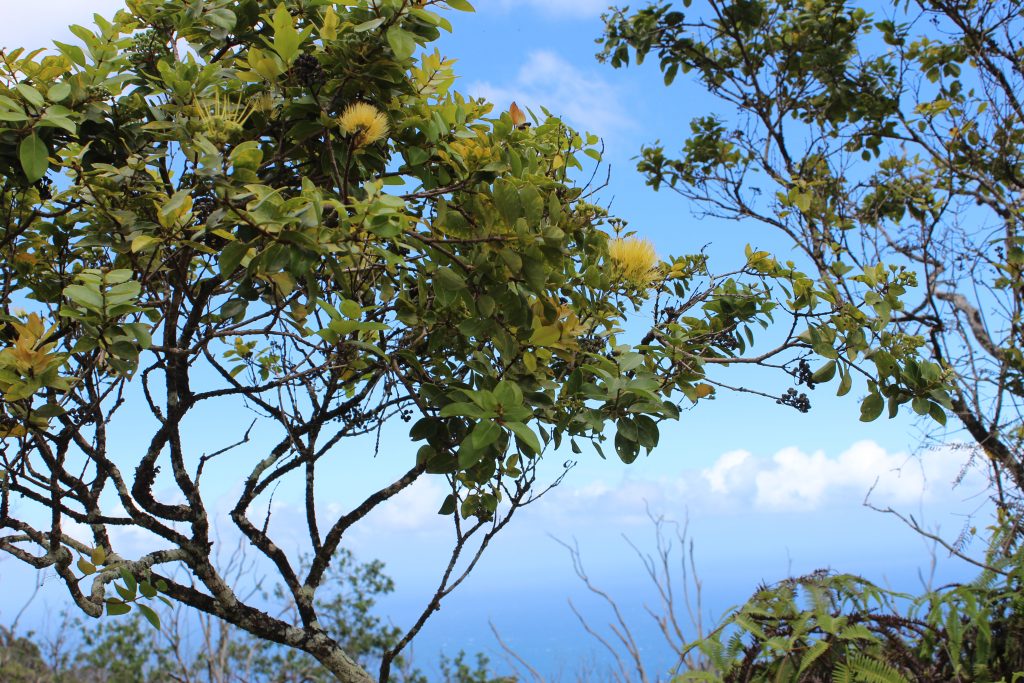 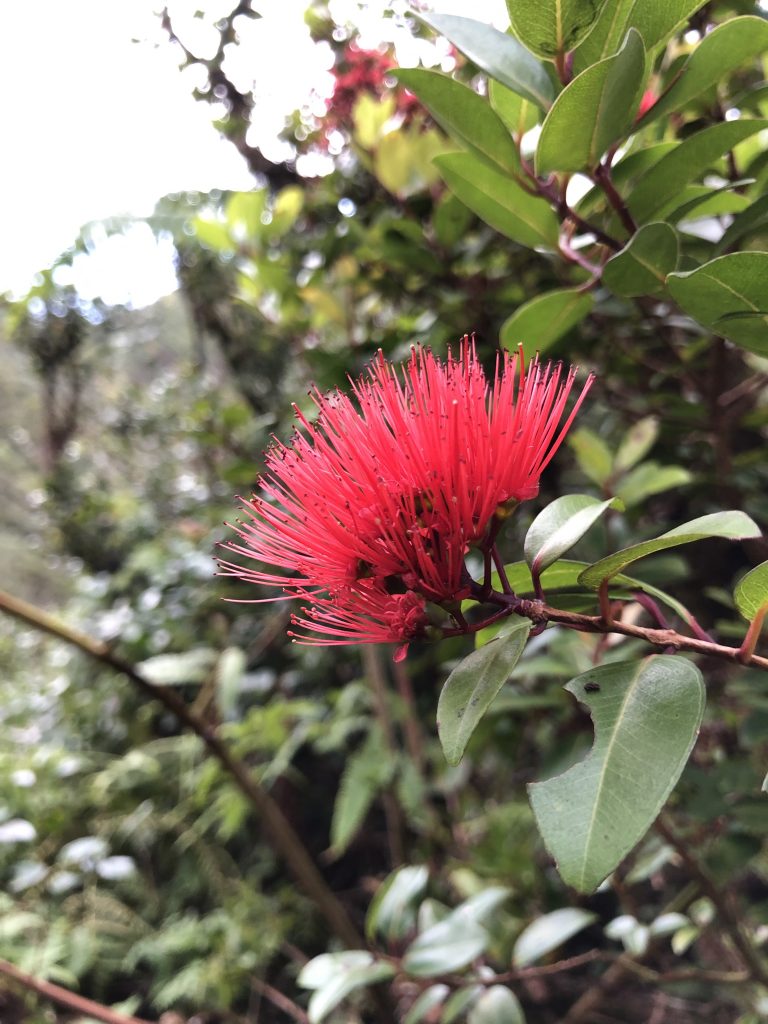 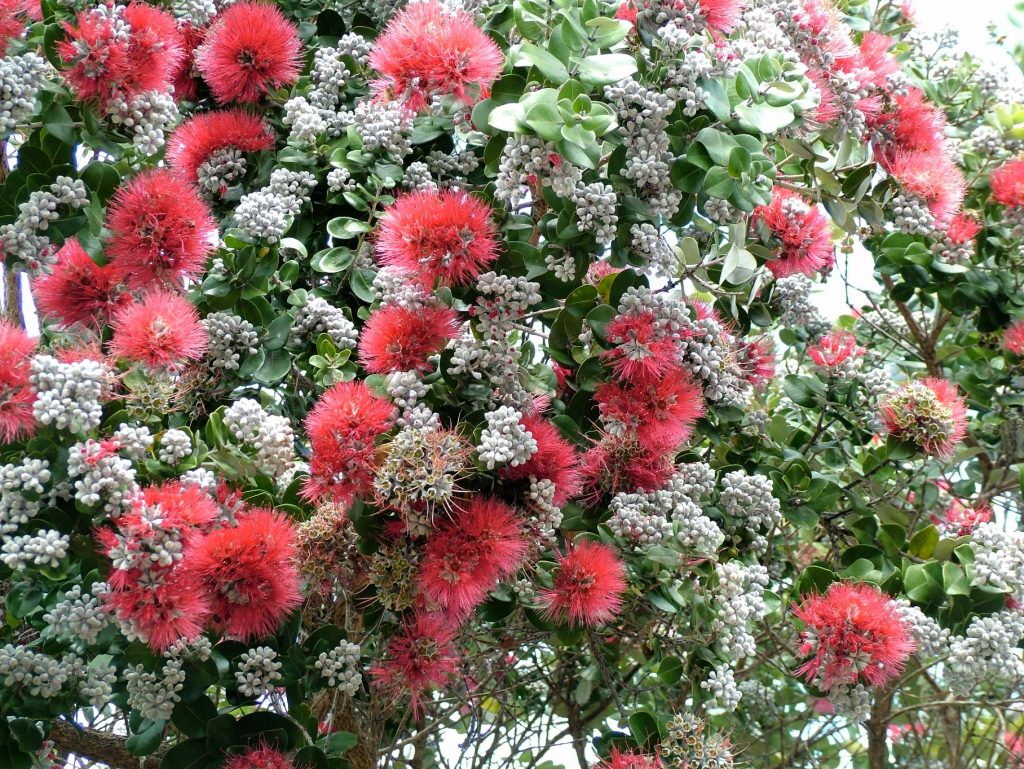 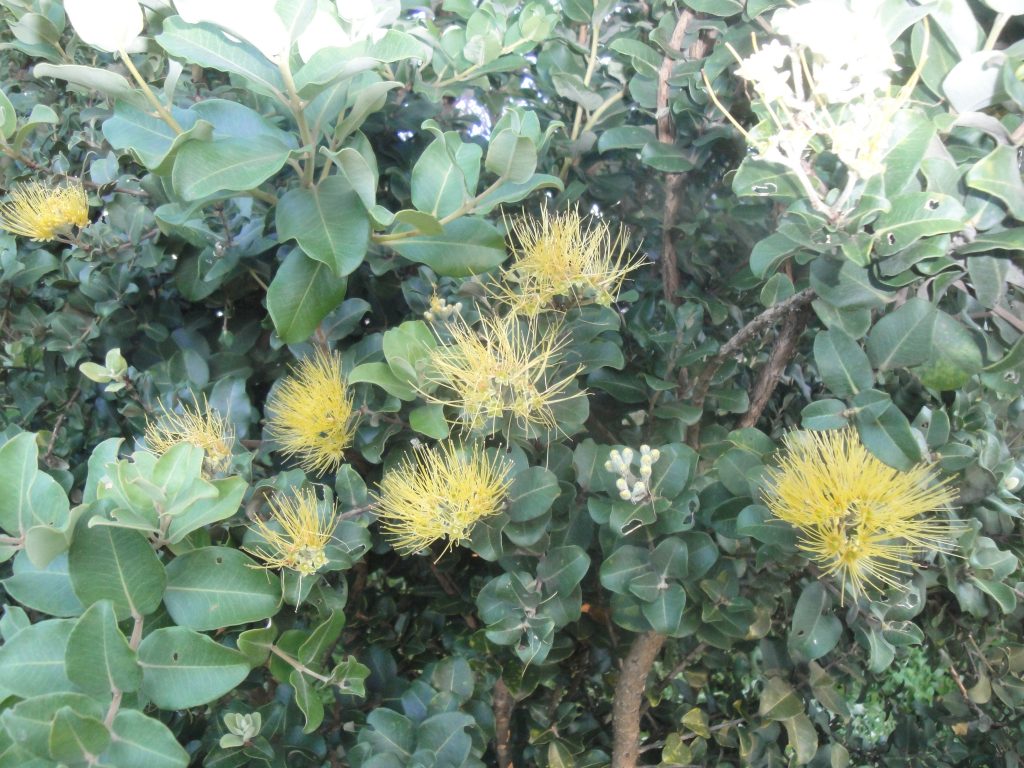 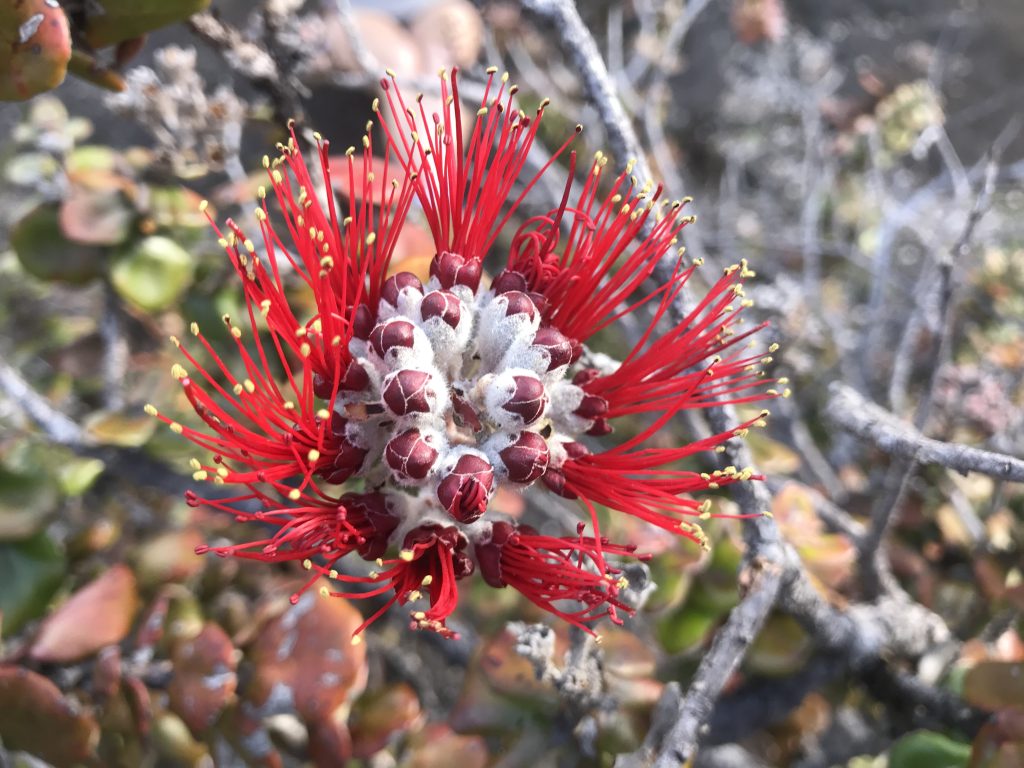 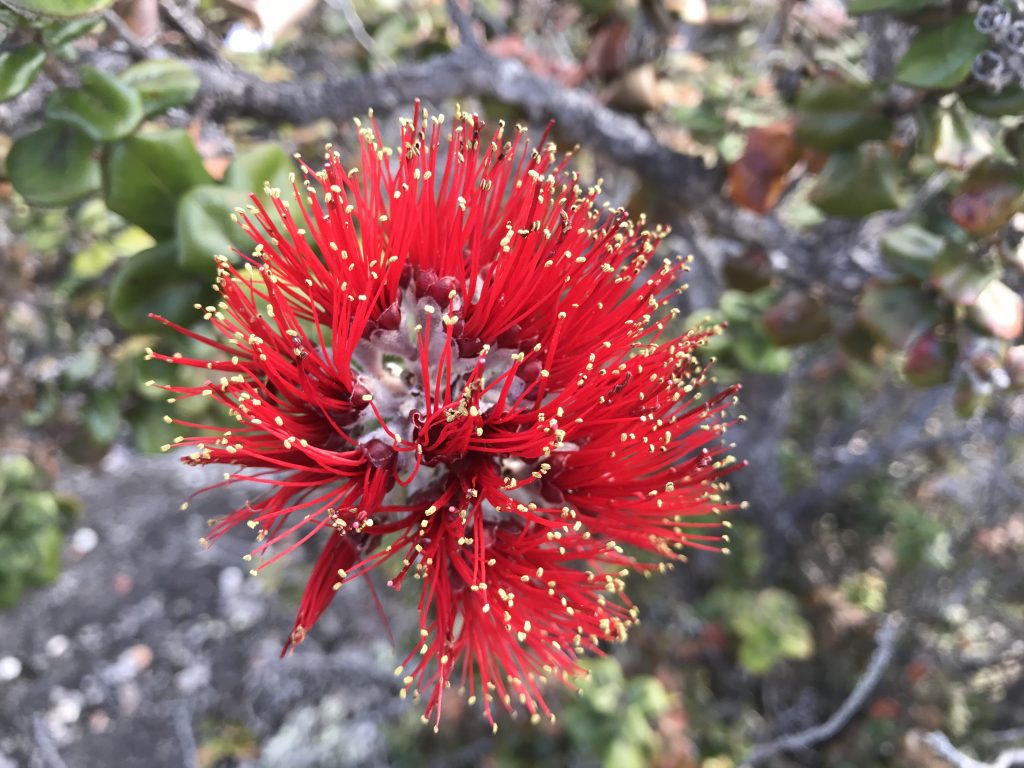