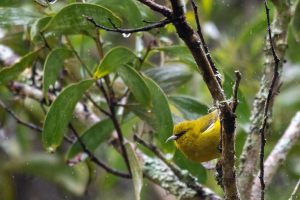 The Hawai‘i ‘amakihi is a small, generalist Hawaiian honeycreeper (Family: Fringillidae). Until 1995, the Hawai‘i ‘amakihi, and the O‘ahu (C. flava) and Kaua‘i ‘amakihi (C. Stejnegeri) were considered a single species: the common ‘amakihi (C. virens). Plumage of all species is similar; males are yellow-green to olive with black lores. Females are generally similar, but duller. All have decurved bills. Plumage of males is bright yellow-green above, and there is some inter-island variation, especially among females. The Hawai‘i ‘amakihi is brighter and smaller than the Kaua‘i ‘amakihi. Hawai‘i ‘amakihi are generalized foragers that glean arthropods from the leaves, blossoms, twigs, branches, and less frequently from tree trunks, ferns, and shrubs. Feeds on nectar predominately from the flowers of ‘ōhi‘a (Metrosideros polymorpha), māmane (Sophora chrysophylla), and native lobelias (Campanulaceae), but also forages on flowers of a number of other native and non-native plants. They also eat fruit from native and non-native plants, but predominately from pilo (Coprosma spp.). Forages alone, in pairs, in family groups, or in mixed flocks. Courtship behavior is somewhat complex and includes courtship chases, advertising displays, and courtship feeding. Pairs remain together for successive breeding seasons. Pair selects nest site; where female builds an open-cup nest and lays two or three eggs. Only females incubate eggs and raise nestlings. Males deliver food to females who then feed nestlings. Young birds are dependent on parents for up to three months. The Hawai‘i ‘amakihi usually raises two set of offspring in a season.

A range of habitats including native shrubland and dry, mesic, and wet forests in montane and subalpine communities. Densities are highest on the island of Hawai‘i in subalpine ‘ōhi‘a scrub in Ka‘ū, and in māmane/naio (Sophora chrysophylla and Myoporum sandiwicense) forests on Mauna Kea. ‘Amakihi also are common in koa (Acacia koa) reforestation areas at higher elevations. On Maui, they are common in subalpine dry communities dominated by ‘ōhi‘a, māmane, pūkiawe (Styphelia tamieameiae) and ‘a‘ali‘i (Dodonea viscosa). They also occupy some non-native tree plantations on Maui, near areas where native vegetation persists. Habitat on Moloka‘i is restricted to the ‘ōhi‘a forests of the eastern half of the island. The condition of this habitat varies considerably. Much of the species’ current range is under State or federal jurisdiction.

Although populations appear stable they are likely susceptible to the same factors that threaten other native Hawaiian forest birds, including loss and degradation of habitat, predation by introduced mammals, and disease. 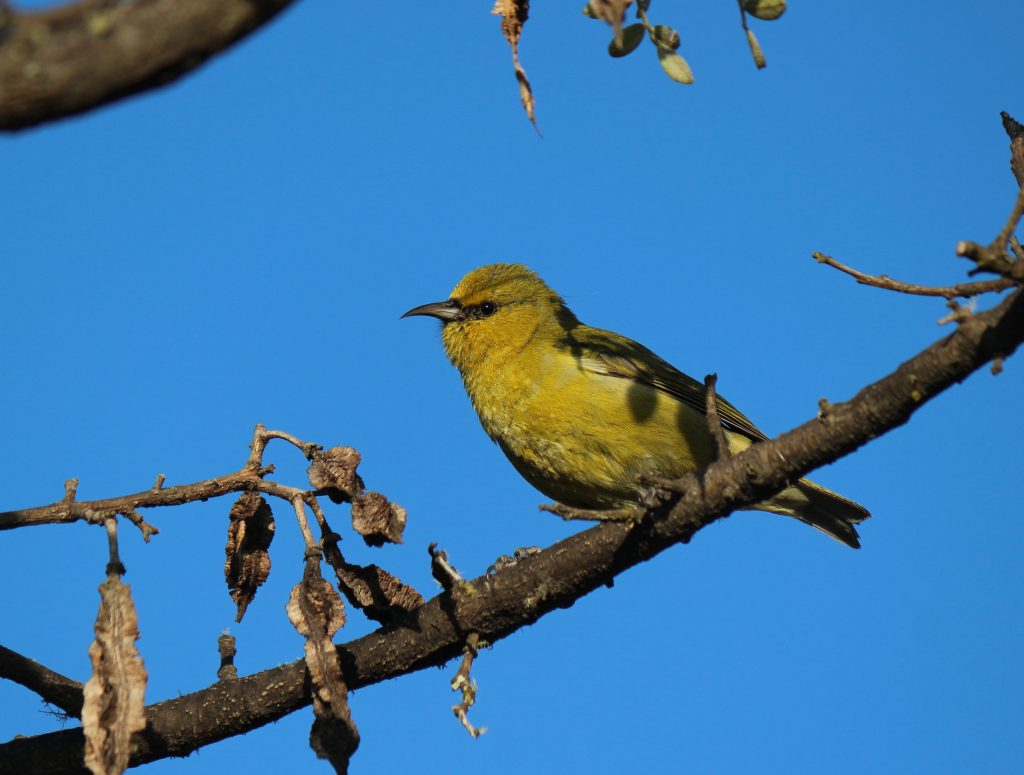 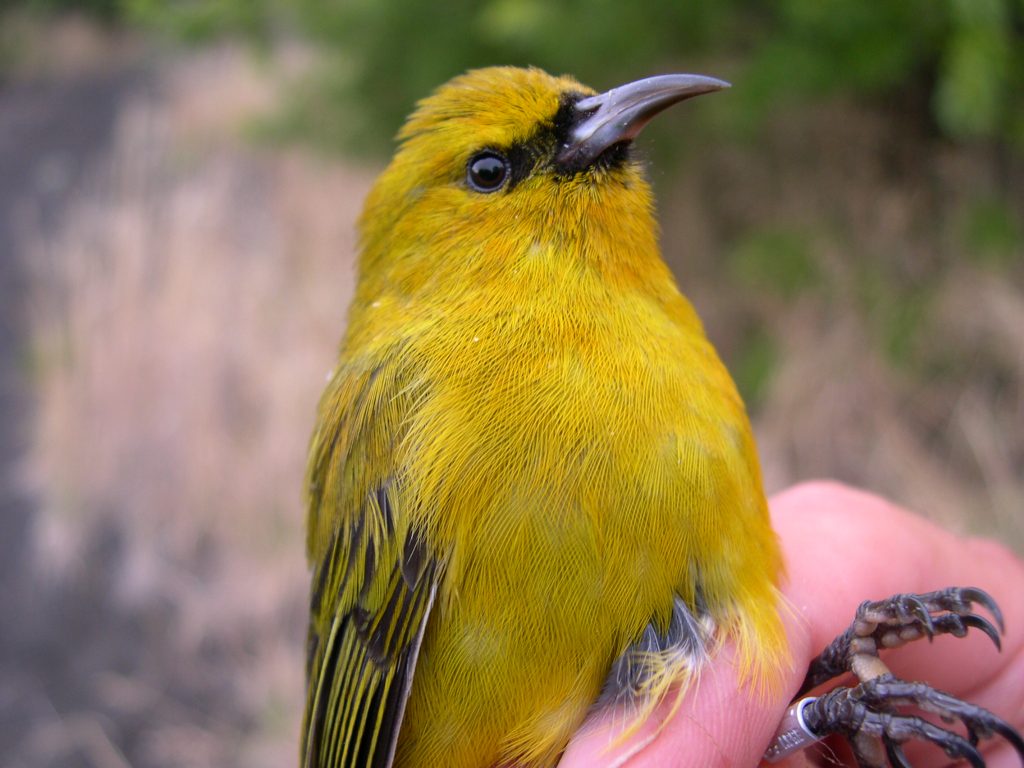