The Kaua‘i ‘amakihi is a small, generalist Hawaiian honeycreeper (Family: Fringillidae) endemic to the island of Kaua‘i. Until 1995, the Kaua‘i ‘amakihi, Hawai‘i (C. virens), and O‘ahu ‘amakihi (C. flava) were considered a single species: common amakihi (C. virens). The plumage of all species is similar; males are yellow-green to olive with black lores. Females are generally similar, but duller. All have decurved bills. The Kaua‘i ‘amakihi is the dullest of the three species, is larger and has a longer, heavier and more decurved bill than the other species. They glean arthropods from branches and trunks as well as leaves, often hanging upside down to examine the underside of branches. Also explores bark crevices for food items, pierces the bases of ‘ōhi‘a (Metrosideros polymorpha) flowers for nectar, and feeds on the fruit of native and non-native plants. Males display (i.e., rapidly move around the female and sing), chase, and feed females prior to breeding. Both sexes build the nest, typically in a nonblooming ‘ōhi‘a tree, although the female does most of the construction while the male sings in adjacent trees. Females incubate a clutch of three eggs and brood nestlings at night and during inclement weather. Both parents feed chicks. Young birds are accomplished fliers. No information on post-fledgling (after learning to fly) behavior or parental dependency. Although weather has been associated with nest failure, nest success is high.

Wet and mesic montane forests above 600 meters (2,000 feet) dominated by ‘ōhi‘a, koa (Acacia koa), ‘ōlapa (Cheirodendron trigynum), and lapalapa (C. platyphyllum). At lower elevations where the species historically occurred, native habitats are severely degraded. Although public hunting reduces the number of feral ungulates in accessible areas of the species’ range, it is not effective in preventing habitat degradation. Occupied habitats above Waimea Canyon, in and west of the Alaka‘i Swamp, are managed by the State of Hawai‘i.

Although populations appear stable, they are likely susceptible to the same factors that threaten other native Hawaiian forest birds, including habitat loss and degradation, predation by introduced mammals, and disease 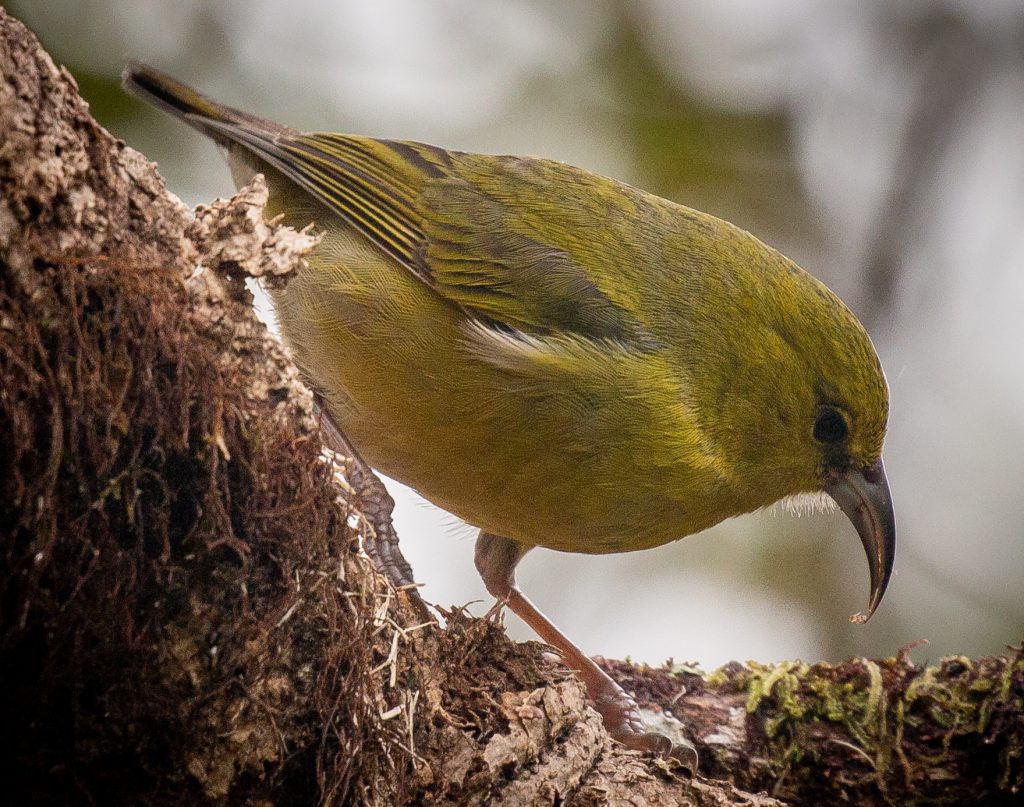 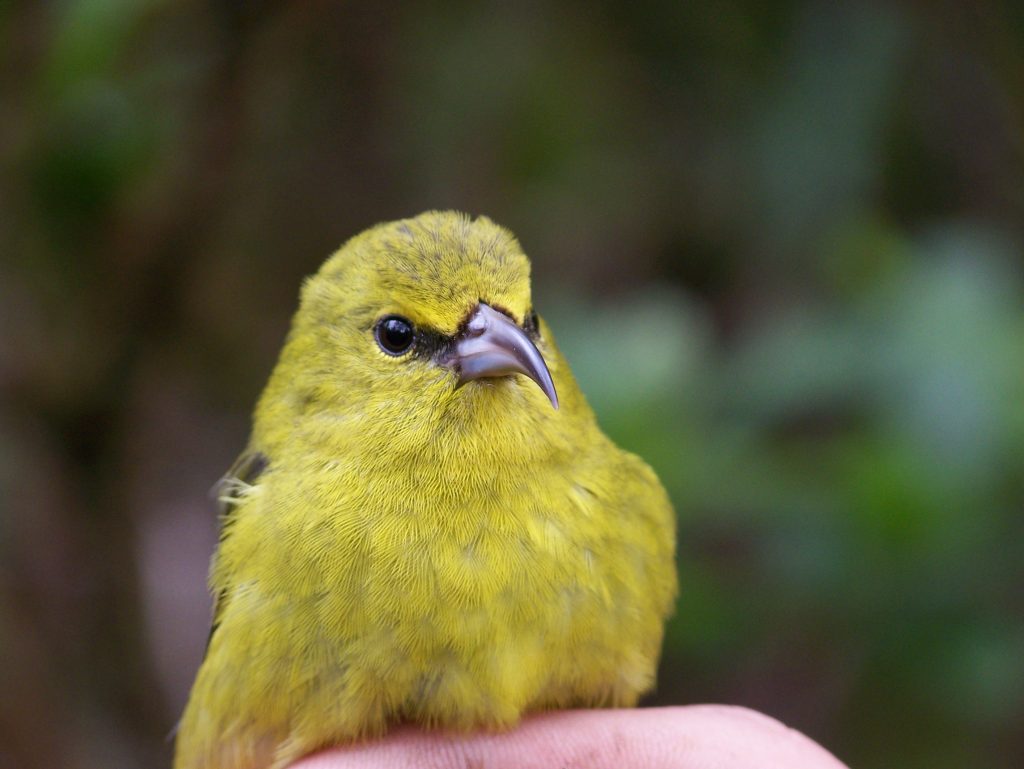