Kioea, or Bristle-thighed curlews, are large-bodied shorebirds (Family: Scolopacidae) that twice annually make a nonstop migration of at least 4,000 kilometers (2,480 miles) between Hawai‘i and Alaska. They typically arrive in Hawai‘i in late July and August and depart in early May for breeding grounds in western Alaska. Kioea (Bristle-thighed curlews) are the only migratory shorebirds that winter exclusively on oceanic islands, that become flightless during molt, and that use tools in foraging. Documented tool use behavior consists of picking up rocks with their bills and hurling them at albatross eggs to crack them open. Males and females are identical in plumage, but females are slightly larger and have slightly straighter and less tapered bills. Kioea are highly opportunistic feeders during winter, consuming a variety of prey such as intertidal and terrestrial invertebrates, seabird eggs and hatchlings, carrion, lizards, rodents, and fruit. Males are highly territorial during breeding season, defending large territories of up to 275 hectares (680 acres) with dramatic aerial displays, chases, and complex vocalizations.

The species breeds in two relatively small areas of Alaska near the Kotzebue Peninsula. Winter range comprises most oceanic islands across the Pacific, from the Marshall Islands in the west to Pitcain Island at the southeasterly extreme. In Hawai‘i, highest numbers are in the Northwestern Hawaiian Islands (NWHI), with small numbers wintering the Main Hawaiian Islands (MHI), particularly the islands of O‘ahu and Hawai‘i.

No detailed study has been published describing winter habitat use. However, wintering kioea have been observed to use a variety of habitats, including tidal mudflats, marshy areas, edges of mangrove swamps and lagoons, reefs, saltpans, channels among islets, beaches, airport runways, and open areas well away from shoreline. In the MHI, they occur in open grassy areas, vegetated dunes, and wetlands, while in the NWHI, they are found on beaches and shoreline coral ledges some of the time but more often in grass- and forb-dominated interior portions. Censuses on Laysan Island in fall 1988 obtained 68 percent of sightings inland in beach morning glory (Ipomoea pes-caprae), native bunchgrass (Eragrostis variabilis), or a mix of both; only one percent of sightings were on beaches.

Factors limiting Kioea populations are not well-documented. Habitat alteration in winter range, especially human development of shoreline areas, is considered to be severe. Other threats may include degradation of habitat due to pollution or invasions by alien species. Populations may also be adversely affected by avian disease. Ingestion of ubiquitous plastic debris in northern parts of winter ranges is likely, but not confirmed. Curlews on Midway forage in lead-contaminated soils, but tissue concentrations of lead have not been studied in curlews. 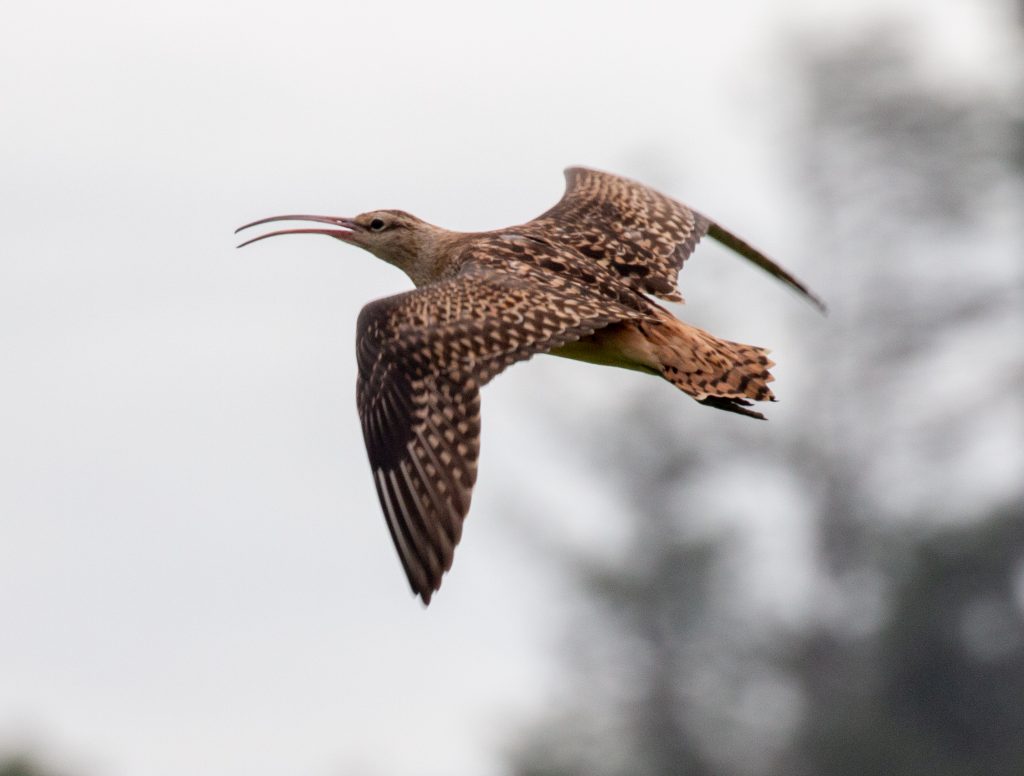 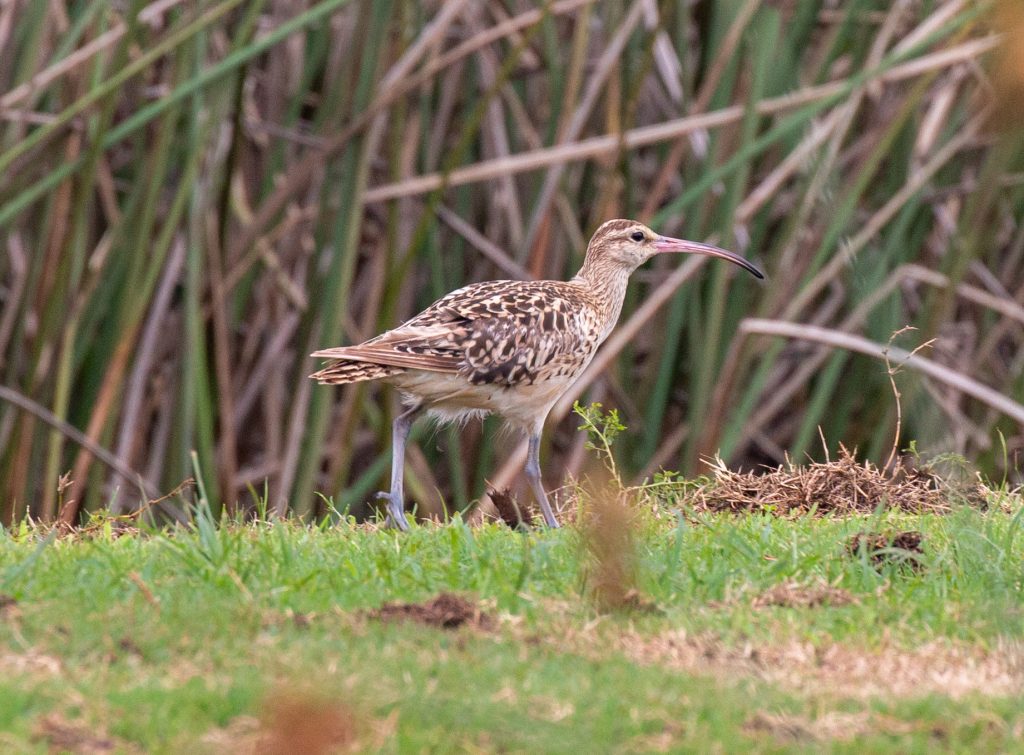 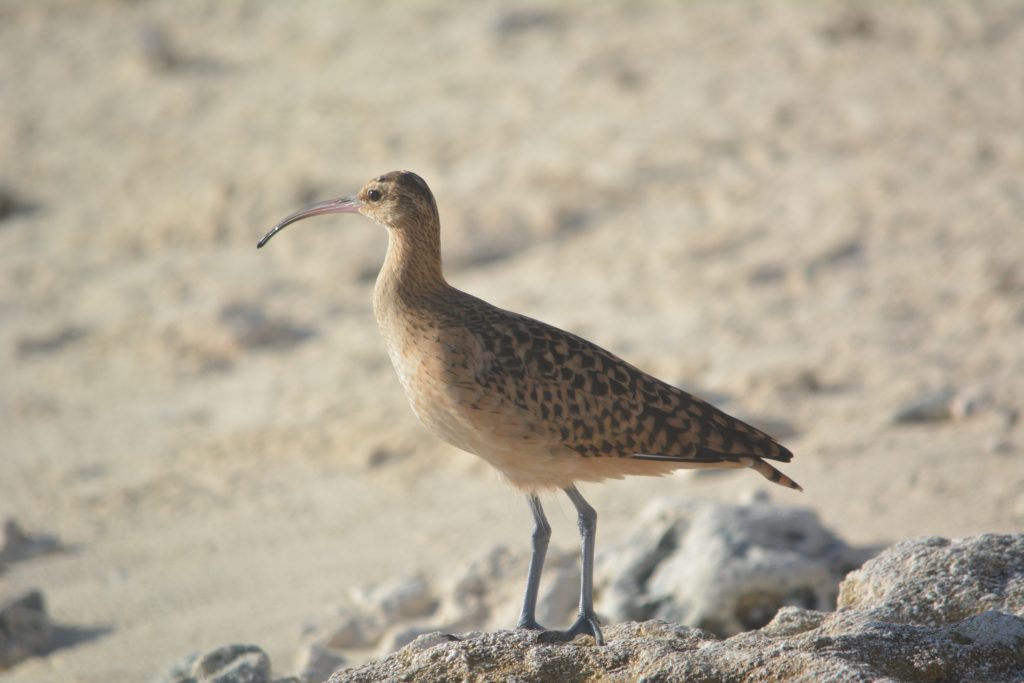 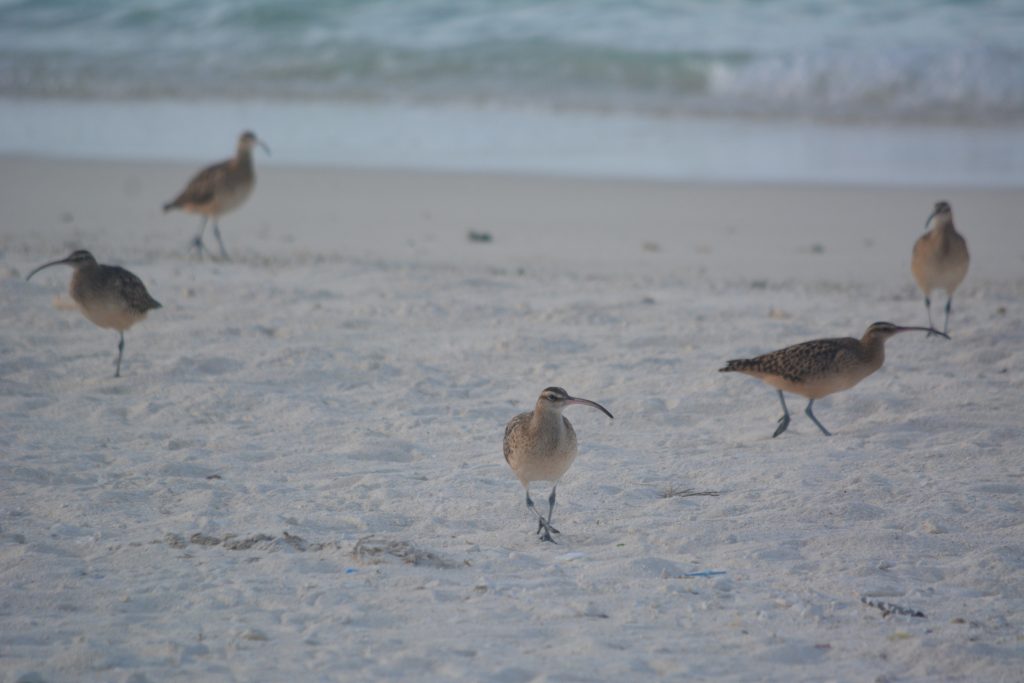