The ‘ā or masked booby is the largest booby (Family: Sulidae), and like its Hawaiian relatives, it is found in the tropical regions of both hemispheres. Four ‘ā (masked bobby) subspecies are recognized, and one (S. d. personata) is resident in Hawai‘i. Individuals have long, pointed wings and a short, wedge-shaped tail. Adult males and females are overall white, except for a brownish black tail, black trailing wing edges and black facial skin around the bill. Large bill varies in color from yellow to orange and is brighter in males; females are larger than males. Flight is characterized by strong flapping intercalated with gliding, rhythmically ascending with flapping and descending while gliding. ‘Ā (masked booby) forage alone or in large, flocks made of several species associated with schools of large predatory fishes which drive prey species to the surface. Forages as far as 150 kilometers (90 miles) from shore, and ‘ā (masked booby) captures prey by plunge-diving from up to 30 meters (100 feet) over the water, often diving to a depth of three to four meters (10 – 13 feet). In Hawai‘i, diet is comprised almost entirely of fish, primarily flyingfish and jacks. ‘Ā (masked booby) breed in dense colonies and most return to their natal colony to breed, and at Kure at least 45 percent of pairs remained together through a second breeding season. Nest on open ground often near a cliff edge or on low sandy beaches; eggs are laid in a shallow scrape. Unlike most seabirds, ‘ā (masked boobies) typically lay two eggs per breeding season. The eggs do not hatch at the same time, and the first chick to hatch usually pushes the other sibling out of the nest. In Hawai‘i, breeding season is synchronized, and eggs are laid between January and July and young fledge five months after eggs are laid. Both parents incubate eggs, and brood and feed chicks. Adults continue to feed young up to six months after they start learning how to fly. Birds first breed at three to four years of age and the oldest known individual was 20 years old.

Ā (masked booby) breeds mainly in NWHI, but also breeds in MHI on Ka‘ula, Lehua, and Moku Manu. Outside of Hawai‘i, ‘ā (masked booby) breed on islands in the tropical waters of the Pacific and Atlantic oceans and the Red Sea. Outside the breeding season birds are most common near their breeding colonies, but individuals may wander thousands of kilometers from colonies.

Terrestrial: ‘Ā (masked boobies) breed on small islands or islets, both on low-lying coralline sand islands and high volcanic islands, nesting in the open on sandy beaches or on cliff ledges. Marine: Pelagic. 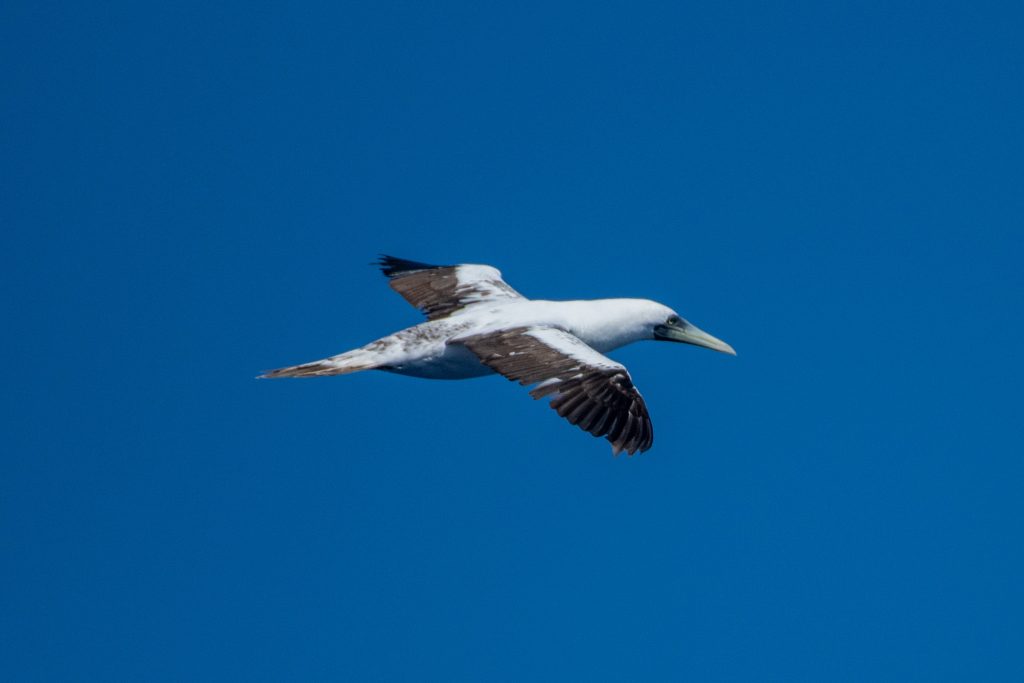 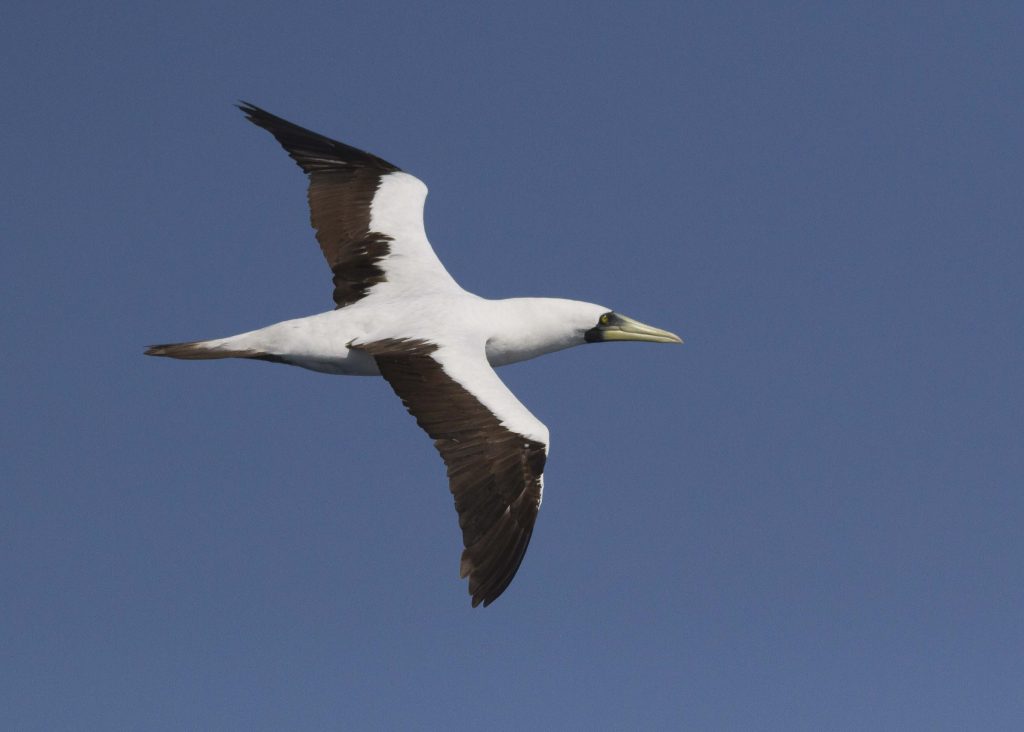 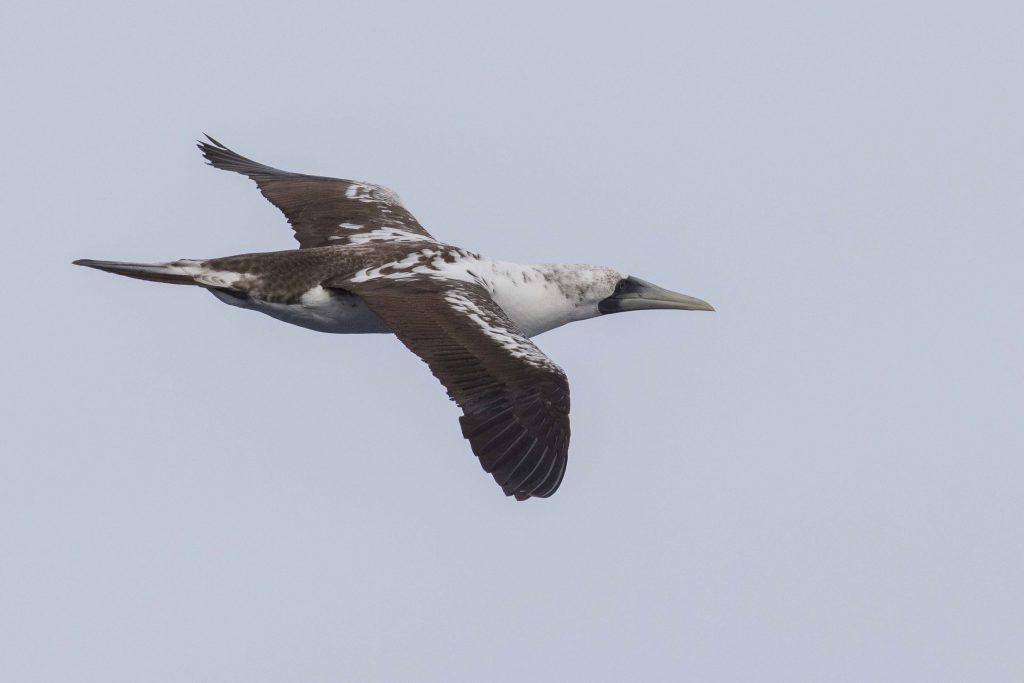