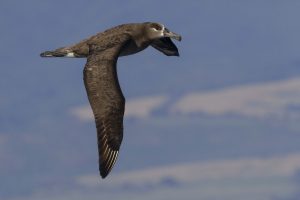 The ka‘upu or black-footed albatross is the smallest albatross (Family: Diomedeidae) in Hawai‘i. Adults are entirely black except for a narrow whitish area at the base of the bill and another under the eyes; 10 percent of the individuals also have a white rump and undertail coverts. Like all albatross, ka‘upu use dynamic soaring, a special flying technique to cover great distances. They feed from the surface by seizing prey while sitting on the water, and will “tipup” like ducks, using their well-developed olfactory sense to locate food. Ka‘upu form longterm pair bonds and exhibit high nest site fidelity, and do not breed every year. Nesting occurs in large colonies, and nests are placed in scooped out hollows on open, sandy beaches or dunes. Pairs engage in noisy, ritualized courtship dances. A single egg is laid in November and chicks fledge in June and July. Both male and female incubate egg, and brood and feed young. Young birds do not return to land until their third year after flying. These birds do not breed, but dance, build nests, and prospect for mates. Age at first breeding is at least five years old. The oldest-known black-footed albatross was at least 43 years old.

Nests on all the Northwestern Hawaiian Islands (NWHI), and on Lehua Island off Ni‘ihau in the Main Hawaiian Islands (MHI). Outside of Hawai‘i, there are a few small nesting colonies off Japan and western Mexico. Historically, nesting occurred on several islands in the central and south Pacific, but no evidence of historical nesting on MHI. At sea, they occur widely throughout the north Pacific Ocean.

Nesting colonies occur on low coral and sand islands. These birds use open sandy beaches or dunes for nest sites, or occasionally nest among vegetation. At sea, they occur over the open ocean. 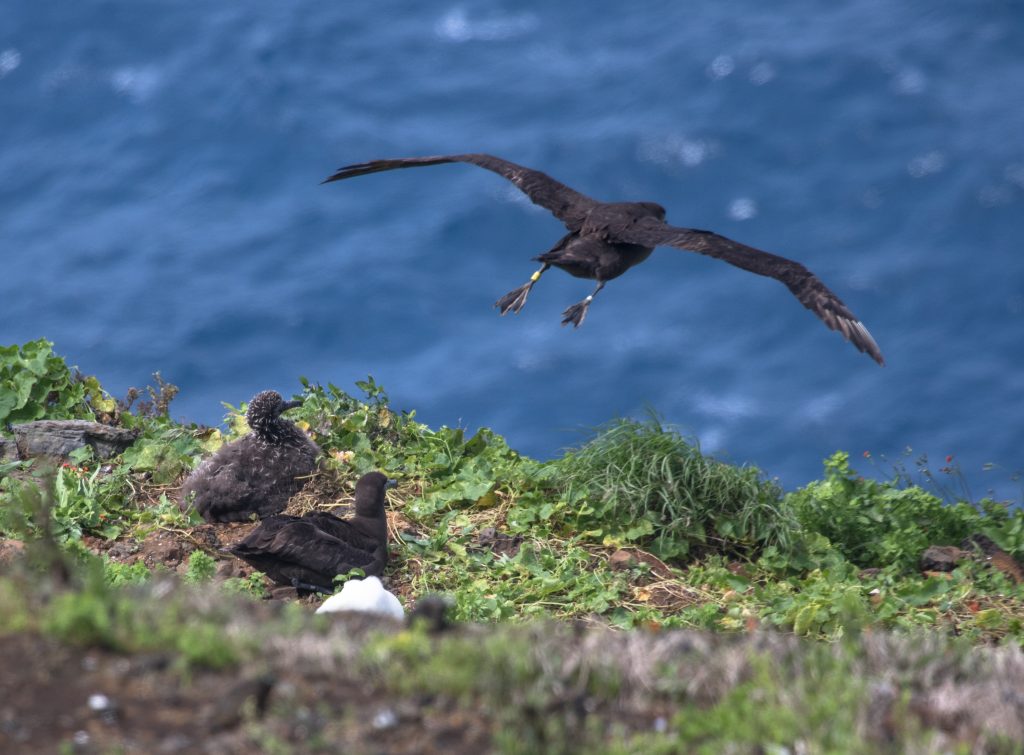 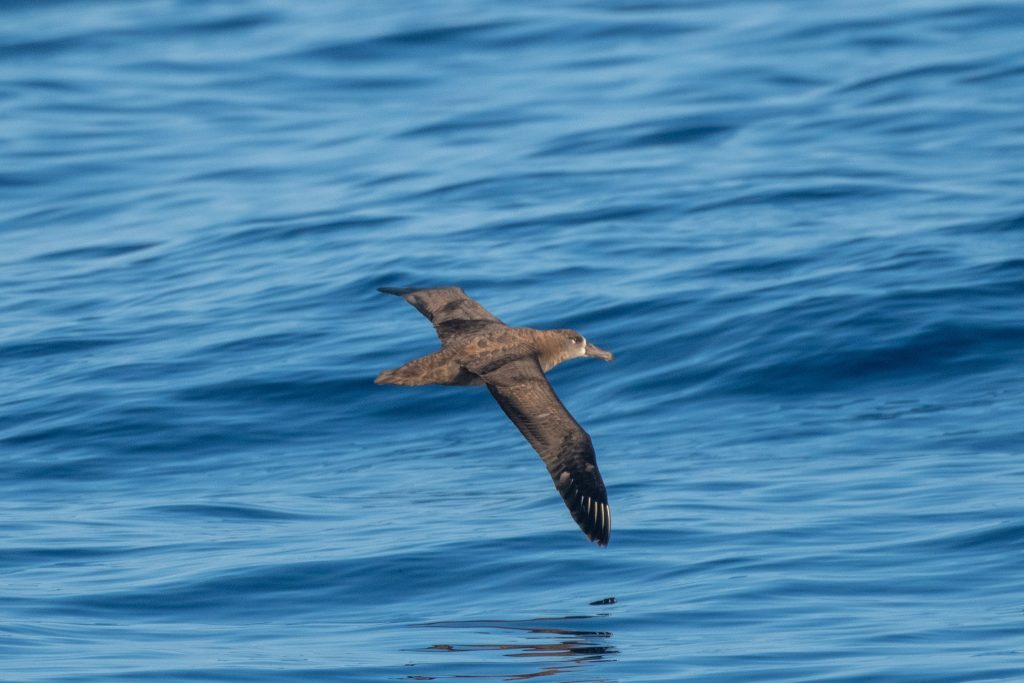 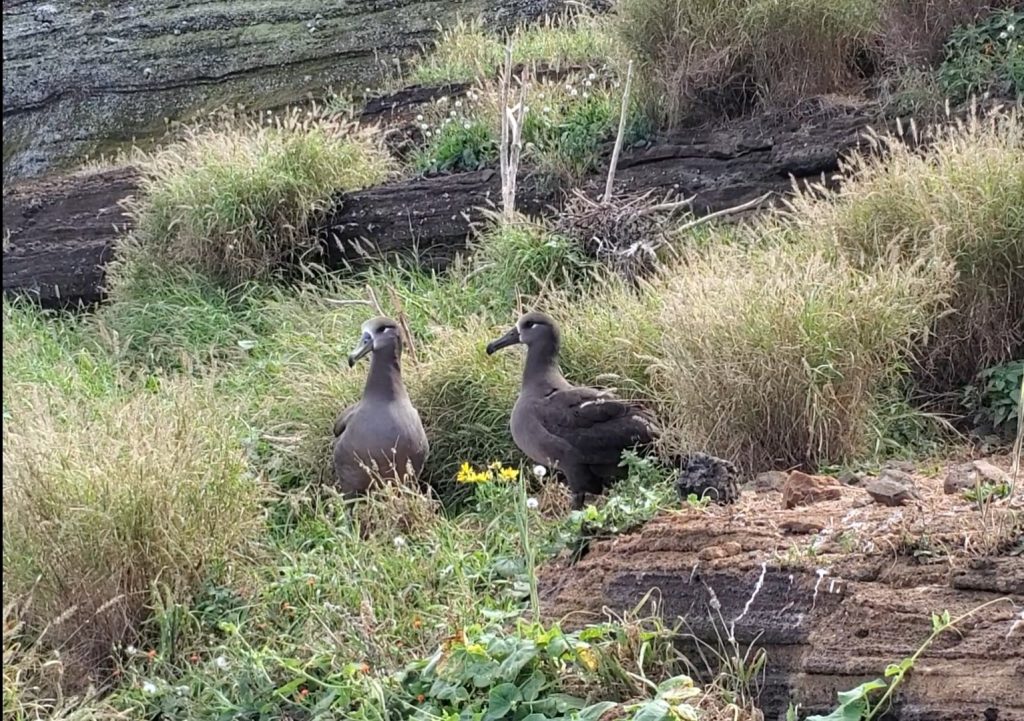 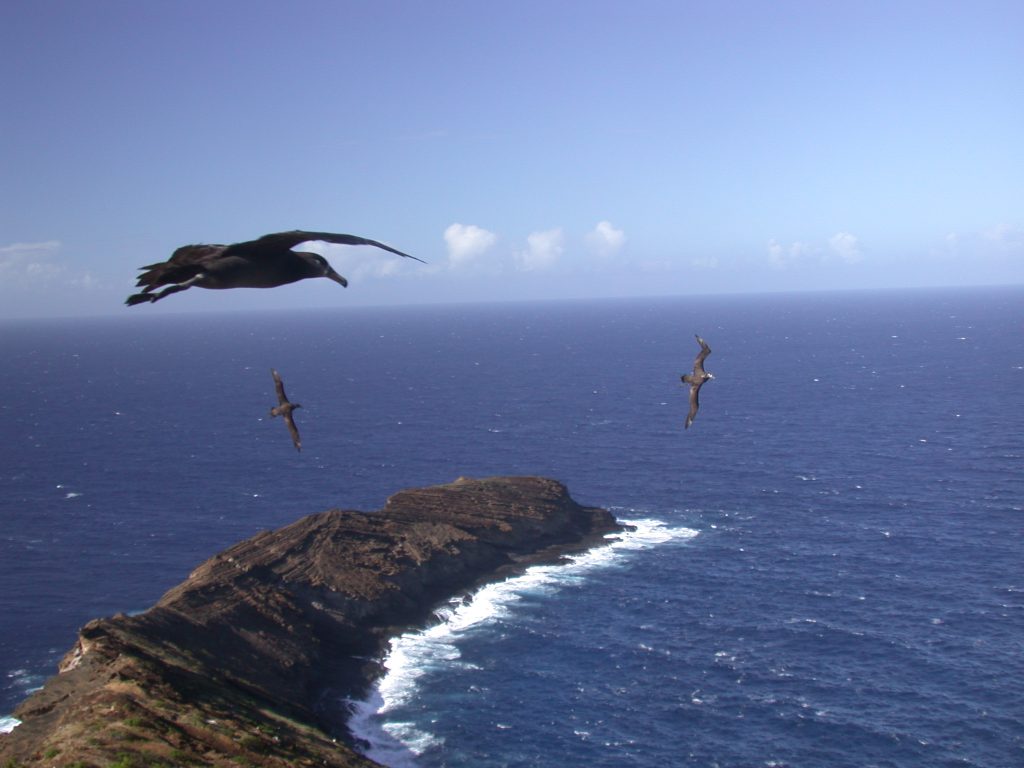