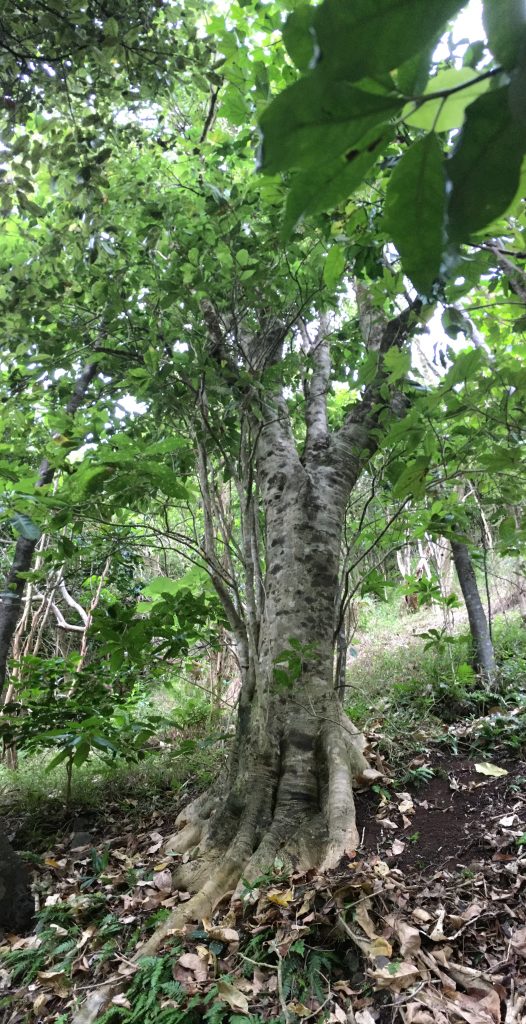 Range: This species is endemic to Hawaii and can be found in mesic to dry forests on Kauai and Oahu at elevations between 200 to 2,000 feet.

About this species: While the fruits produced by this tree resemble dates and have a fragrance similar to figs or raisins, they are not edible. Lonomea are distinguishable by the rough light gray to white bark covering older branches and yellow-brown fuzz that coats younger branches. Lonomea has a white trunk that sharply contrasts  its dark green leaves. Traditionally, the hard black seeds produced by Lonomea were used for medicinal purposes and strung to make permanent lei. The tree’s hard wood was also used to make spears.